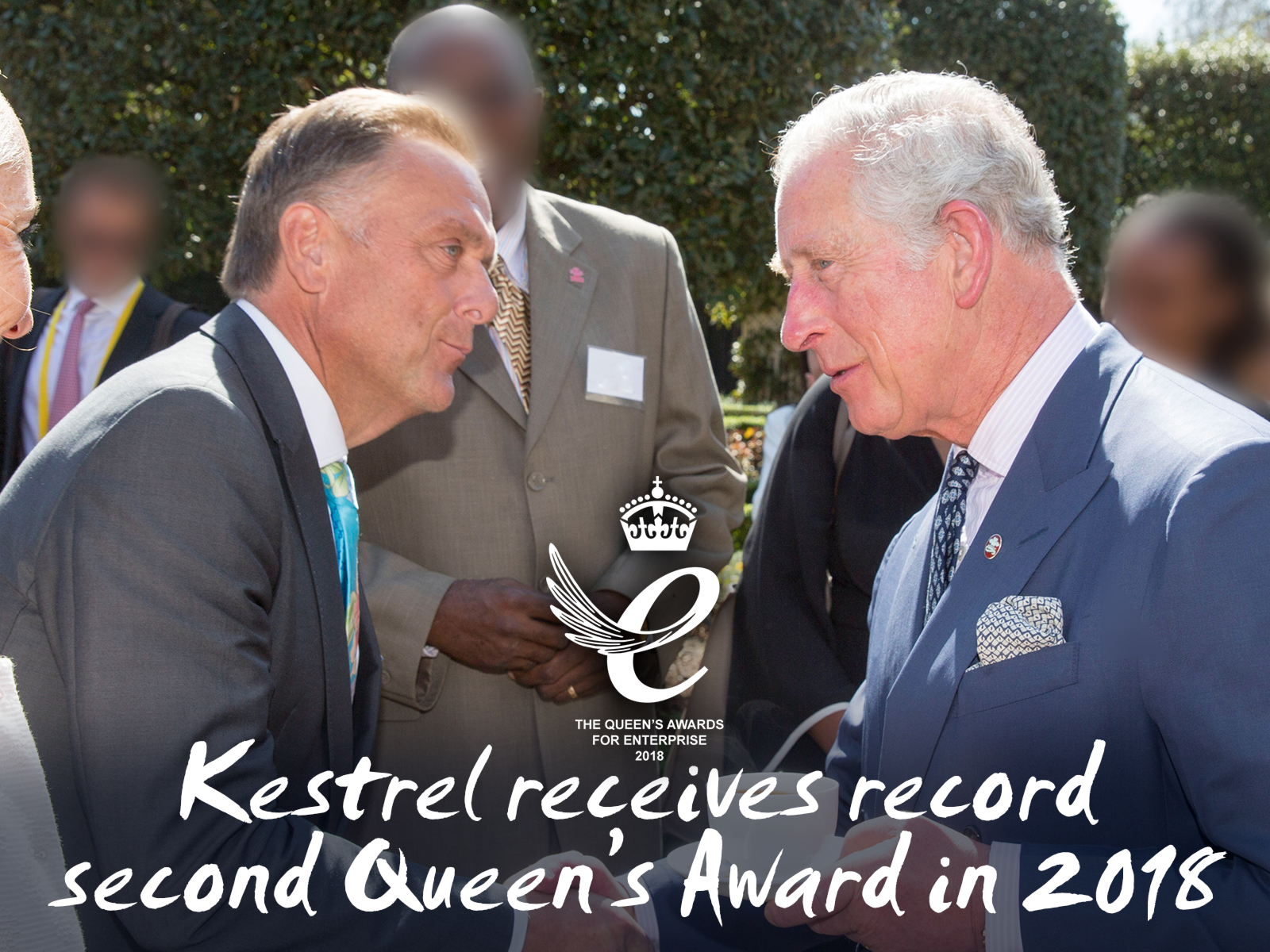 Kestrel Liner Agencies, the Caribbean region’s go-to shipping agency and gateway to the rest of the world, has been awarded the prestigious Queen’s Award For International Trade 2018.

The Award recognises Kestrel’s rapid growth over the past three years, both in the Caribbean market as well as its short sea services from the UK to Spain, Portugal and Morocco; East and West Africa plus global vehicle transportation (RORO) services. Kestrel, which has global revenues of USD 80 million, saw its UK remitted annual revenues leap by 37% to GBP 33 million over the past three years.

“This is a huge honour for Kestrel and a testament to the hard work of our teams, the loyalty of our customers and the support of the many shipping lines we represent. We connect the Caribbean with global market place and are proud of our charitable work across the islands. This is the second time which we have been named a recipient of a Queen’s Award and we are delighted to once again be recognised for our efforts at the highest level.”

The Queen’s Awards are the highest official awards for British business and are awarded to businesses for outstanding achievement in International Trade, Innovation, Sustainable Development and also for Promoting Opportunity.

Kestrel provides support to numerous charities and organisations across the Caribbean including the successful “Get into Logistics” Prince’s Trust programmes in Barbados which has seen 36 Barbadians gain qualifications; sponsorship of a football youth team in Grenada and the Pure Grenada Cup 2018, and ships charity goods to help underprivileged children play football. In the wake of Hurricane Irma, Kestrel paid for the charter of seven ships carrying relief cargo to the islands and provided financial support to communities in the British Virgin Islands, Anguilla, Dominica and Barbuda. The company will be running its “Get into Logistics” programme in Jamaica later this year and hopes to expand the programme into St Vincent and Guyana. 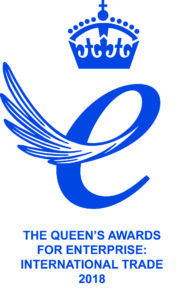 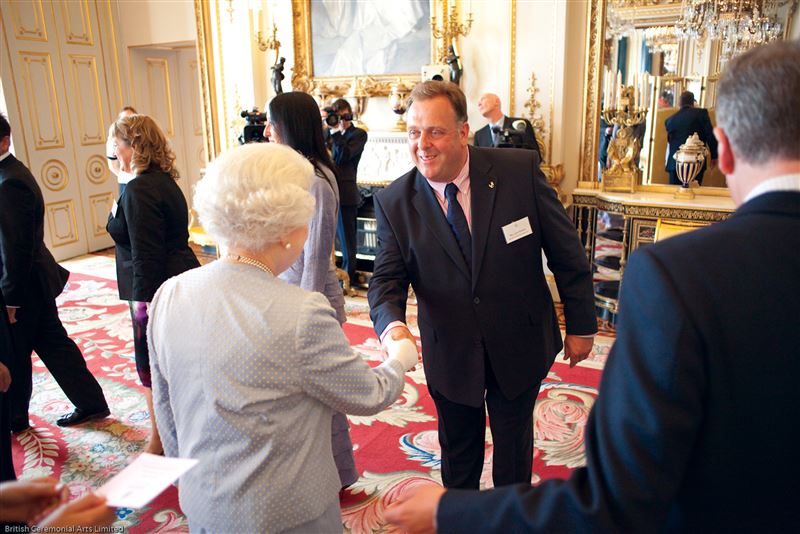 This outstanding achievement was celebrated at the prestigious reception hosted at Buckingham Palace. Andy Thorne attended along with Nicola Gilbert, and words fail to express the honour this represents.

To be received in such grandeur and to have the opportunity of a lifetime to enter the Palace as a guest, and be presented to HM The Queen, and Prince Philip, Duke of Edinburgh is a phenomenal achievement. All attendees were individually introduced at the start of the evening, and during the evening HM Queen Elizabeth circulated and greeted guests, taking time to talk to them about their companies and the categories that they had been successful in.

The Reception was attended by the achievers of the Queen’s Award across all categories— Innovation, Sustainable Development, Enterprise and International Trade. Approximately 11,000 companies start this process, and were whittled down to a shortlist of approximately 1200, with 95 companies being successful.

Business Secretary Vince Cable was in attendance and said, quote, “I want to see a whole new generation of entrepreneurs”, which echoes the philosophy of all those present and their achievements regardless of category.

Kestrel is hugely supportive of these Awards and the benefits that they bring to one’s company. Especially for a relatively young company in shipping terms, this Award is a true testament to the strength of the company and acts as an extremely strong recommendation to any business or individual considering dealing with us. It has already been instrumental in bringing on board many large new corporate accounts, who feel that the due to the incredibly stringent demands that The Queen’s Award’s Office require, that Kestrel is the Only company for them to work with because it so thoroughly endorses all aspects of a quality company.

Much has happened since the Award was first announced, not least an increasing bond between the Parliamentary Select Committee with responsibility for the Commonwealth Countries, as led by MP Andrew Rosindell. The value of commercial knowledge in these areas, combined with the Governmental knowledge required to set policy and lead the way to a stronger future is clearly an opportunity that will benefit the members of the Commonwealth Countries Kestrel is so heavily involved in. Again, this is an example of the strength of Kestrel’s Corporate Responsibility to the areas where it trades.