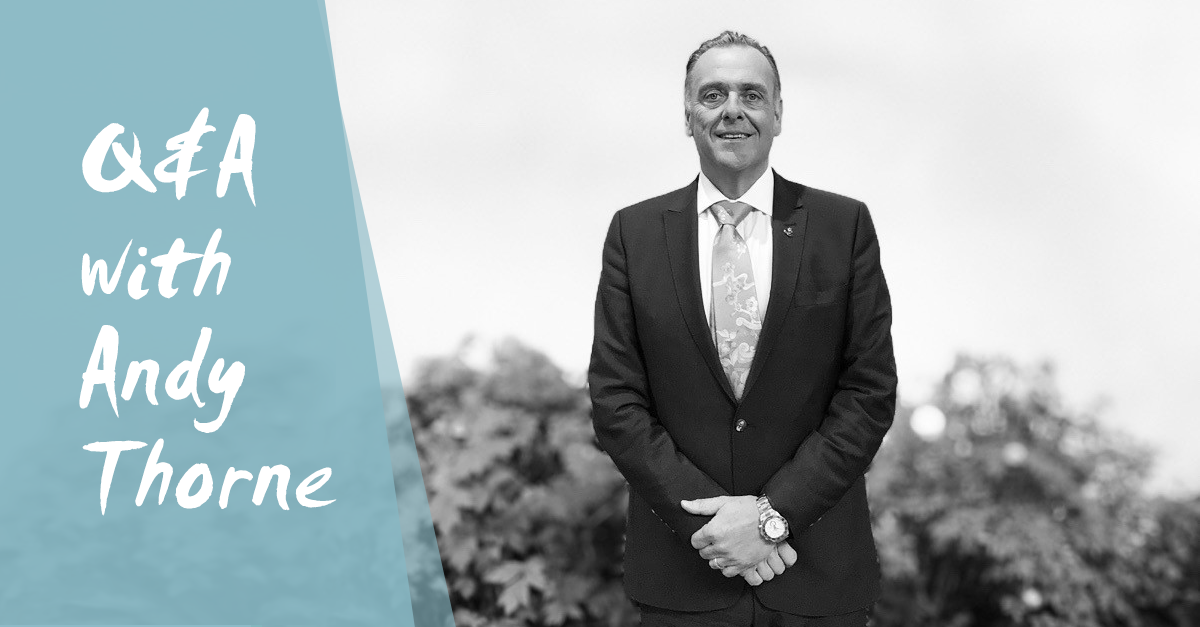 Q&A with Andy Thorne- CEO of the Kestrel Group

Andy Thorne, an incredibly inspiring entrepreneur who through years of hard work and sheer determination, has become CEO of the highly successful shipping company and founder of the Kestrel Group. Here, we interviewed him on his journey to business success and gained a little more insight into the day-to-day life of Andy.

When did you begin your career in shipping?

I started as a teenager in London working as a dock runner. Literally running the ship’s documents between employer’s offices at Lloyd’s Avenue, to and from the vessel and the HM Customs Offices.

Just before my 18th birthday, I was given the opportunity to learn more about the shipping industry in a foreign country, so I set off for Trinidad. Slowly, I gained trust and respect from those I worked with and that is where my love for the Caribbean really began.

When did the doors of Kestrel Liner Agencies first open?

My first day in the office was the 30th April 1994, which was in fact my 30th birthday- the Kestrel doors were officially open! Immediately I knew I needed to focus on my passion for customer driven sales. I genuinely care about each and every one of my customers, nothing has ever been too much trouble.

This is easy: profitable, ethical and fun.

What makes Kestrel different to other Shipping Agencies?

Very early on I made the decision that the company needed be different, to stand out. One of the unique elements that sets the company aside from its competition is our ability to ship all types of freight. Kestrel were also the first to offer 24/7 service, as well as being experts in all types of cargo. I am also extremely proud to have built a company with global reach, that still easily retains the ‘small’ family ethos. Both my children, and my wife work within the business, I have really kept the true sense of the importance of family and relationships. 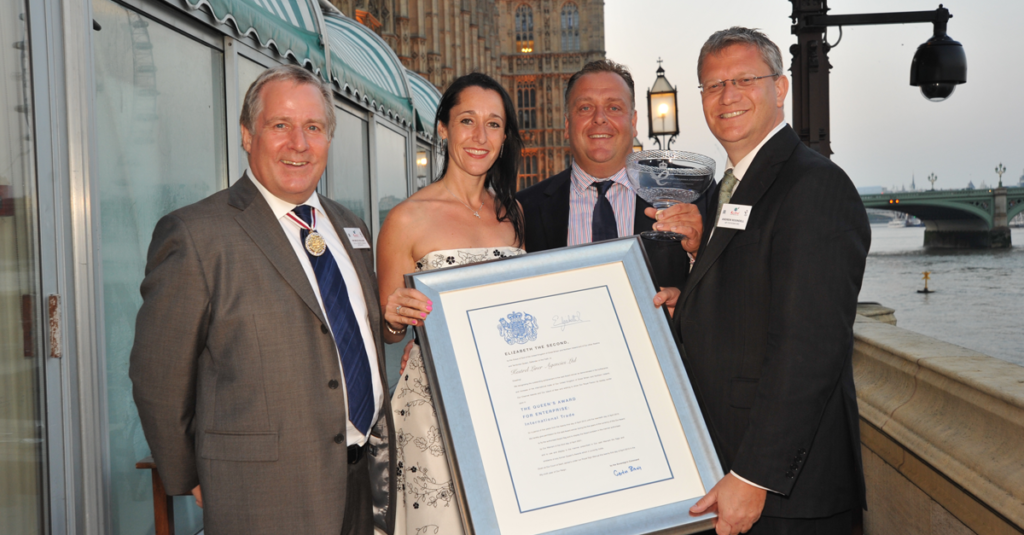 How did the name ‘Kestrel’ come about?

Outside of work, I am a passionate falconer. One of my all-time favourite birds is the Kestrel, in my opinion the underdog of all the bird of prey species. A hovering hunter that strikes from above with razor sharp vision and attention to detail.

At which point did you feel Kestrel was safe to expand?

By 1997 we had a valuation of 3 million, it meant we had climbed the mountain to base camp.

What has been your biggest challenge?

Our biggest challenge was being as small as we were, trying to project that we were in fact, a big company. We were definitely fighting above our weight at times. But we made ourselves different by making sure we were number one for our customers. I would frequently be answering the phone on a Friday night at silly o’clock in the morning, all the landlines were transferred to our mobiles. It was challenging, but more so rewarding.

Getting through the first two years. The first year is easy because its full of euphoria. And, they say if you get through three years, you’re safe! I’m not too sure if that is the case, because we’ve had to evolve every year. If you compared what we were doing in 1994, to what we’re doing now, well they’re just poles apart. 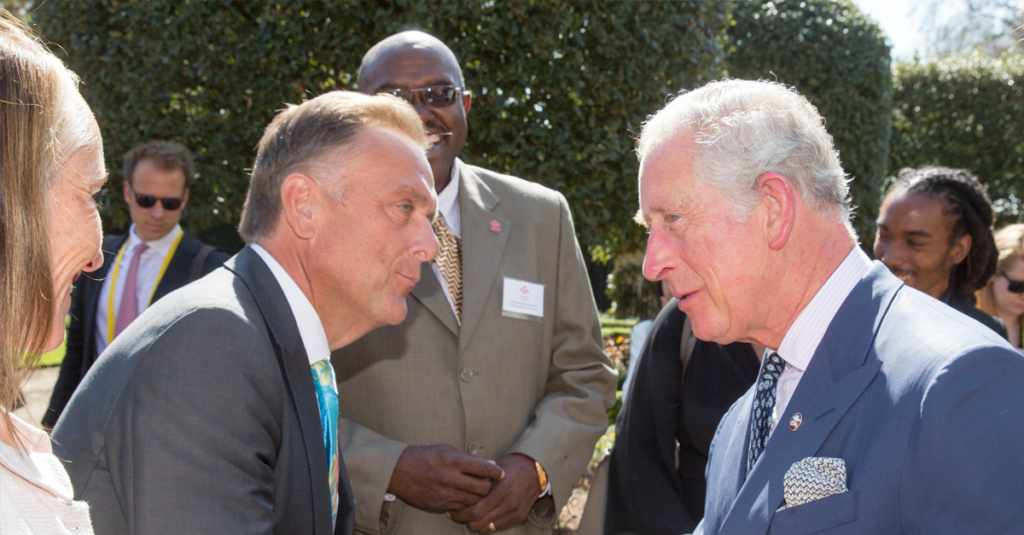 What words of advice would you give to inspiring entrepreneurs?

What’s the last thing you read?

Name someone you really admire.

Rick Murell. He built tropical shipping into the Caribbean’s number one shipping line by immersing his entire team in the fabric of the Caribbean. They lived, breathed and felt it, and made us feel invincible.

What was the first thing you bought with your own money?

Car polish. I had a car washing business you see, so it was pretty essential.

What was your first job?

When I was 13, I worked 3 jobs. The first was a paper round which I did by foot. Then I worked in the fish and chip shop on a Friday and Saturday night. I also worked at the forestry commission.

I understand you are a huge supporter of the Commonwealth; please may you explain your involvement?

I was nominated by the government and now recognised as an entrepreneurial mentor for Commonwealth First, advising on import and export. I have a strong involvement in the Commonwealth countries and constantly push for closer trading relations, to use the power of the Commonwealth for economic growth. 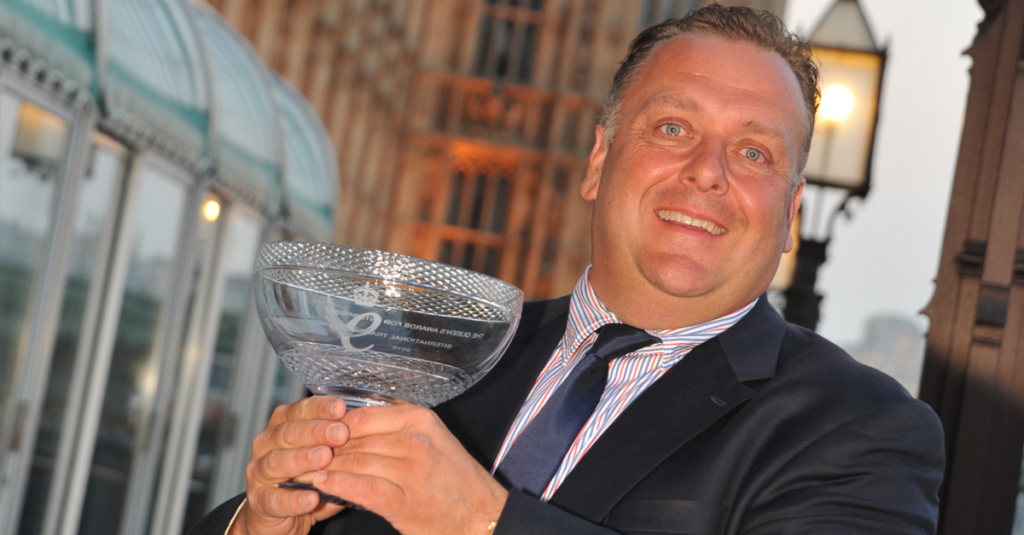 What is your favourite holiday destination?

If I had to choose one, it would have to be Bequia & The Grenadines. It’s a uniquely beautiful place. The people are extremely friendly, the beaches and the sailing are amazing, I just feel free.