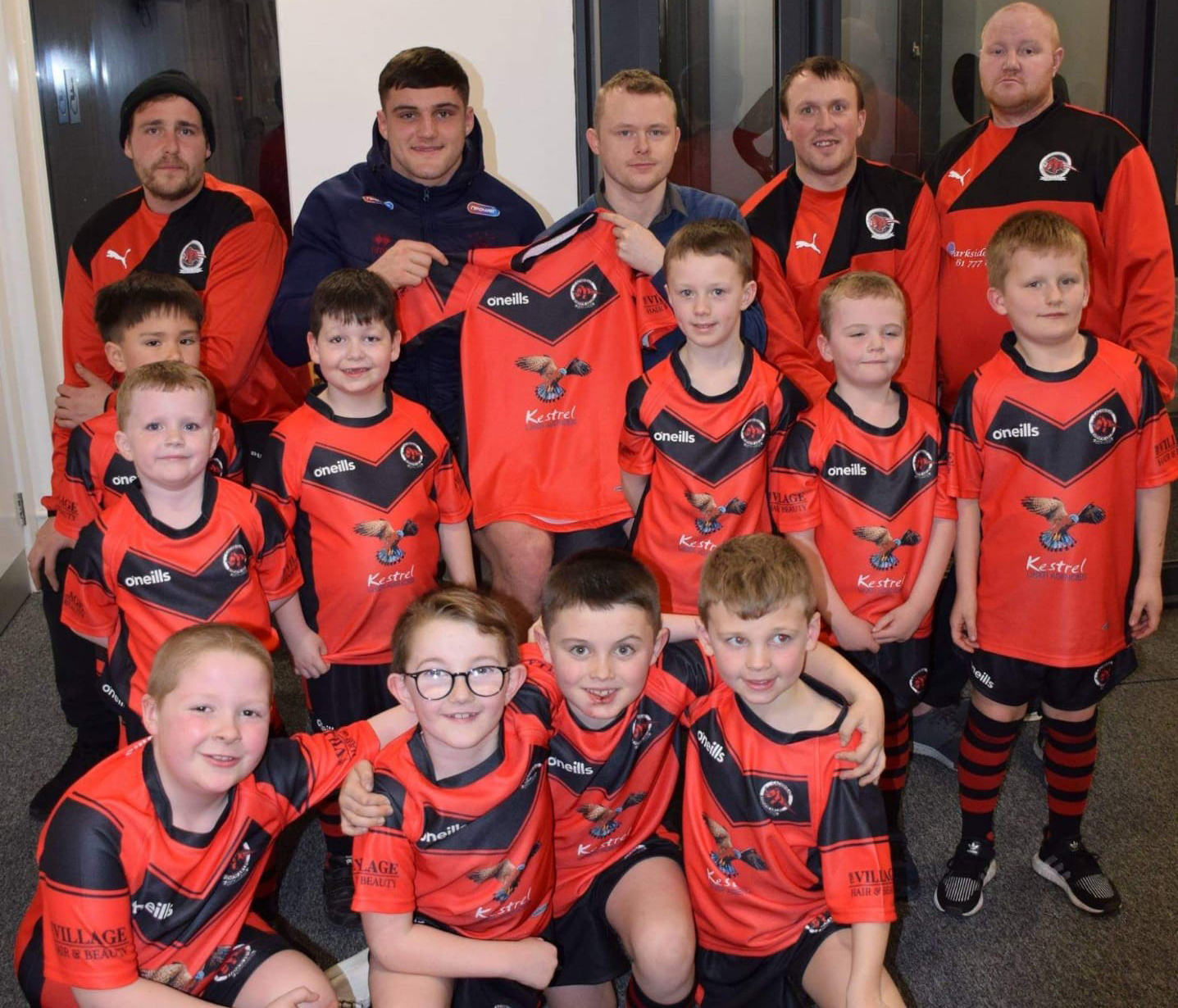 Kestrel Group have collaborated with a youth rugby team, Cadishead Rhinos, and agreed to sponsor the club.

As part of this sponsorship, our logo will appear on the players’ new shirts and we will be updated with regular news. As well as this, we received a fantastic framed shirt to put up in the office!

The club recently hosted a presentation to unveil their new rugby kit and former Cadishead Rhinos player, Liam Byrne, was there to hand it out to the players.

Liam Byrne is now playing for Wigan Warriors, so it was a real coup to have a player of his calibre there to inspire the young team.

We look forward to seeing how the club progresses for the rest of the season and beyond!